The Taste of the Hills 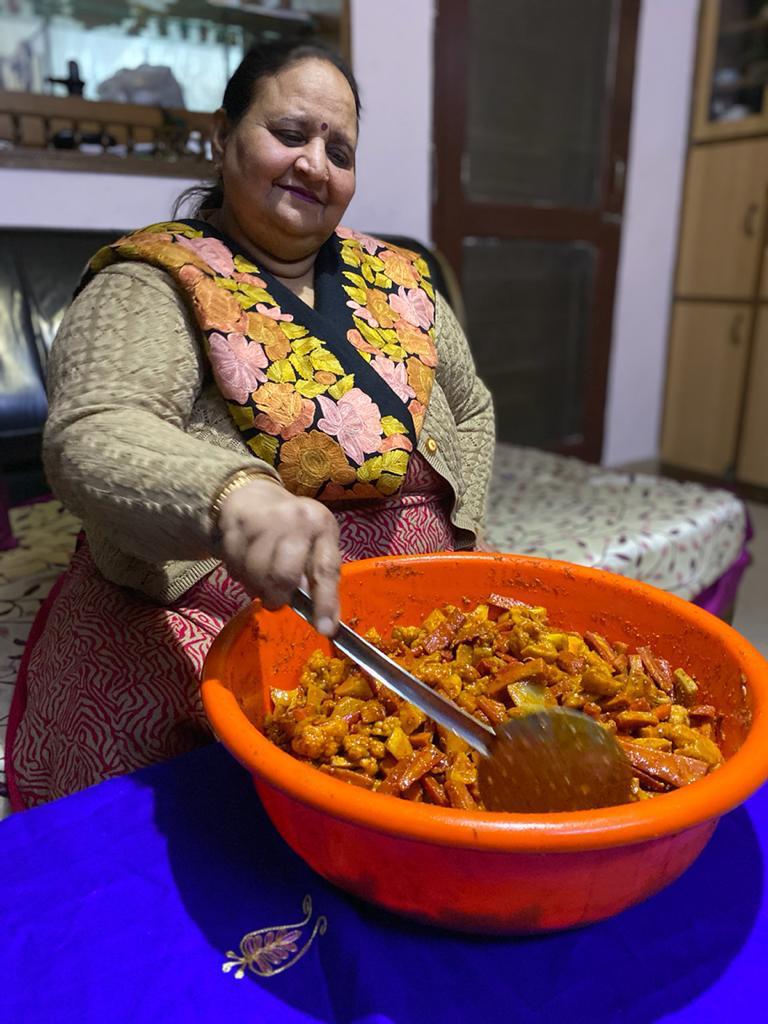 Eating local cuisine is one of the best ways to understand a city. Some places are so well known for their food that the visit is considered incomplete without a food binge- thinks Goa, Kolkata, Amritsar, Lucknow, Hyderabad and such. However, the beauty of India is that one can move a few hundred kilometers in any direction and discover a completely different cuisine with its subtleties and unique flavors.

We turn the spotlight this month upwards of Punjab and Delhi beyond the Dal Makhni and Butter Chicken that so dominates the north Indian cuisine, in the same way as the boisterous Punjabi culture makes others looks positively anemic.

Many of us would be frequent visitors to the idyllic centers of Manali, Dalhousie and Dharamsala in Himachal, but we would rarely be able to experience the depth and bounty of Himachali cuisine. Lack of awareness accentuated by commercial unavailability is the primary reason that this wonderful cuisine remains confined to the mountains.

Our this week’s coverage of our home culinaire, Suman Sood will change all this.

Suman’s culinary journey began some 25 years back as a new bride who moved to Mumbai from Palampur, a little village in Himachal. The first few instances in the kitchen were stressful – the stove seemed an enemy that would burst and preparing tea was itself an accomplishment. Gradually drawn into the ways of household responsibilities, Suman discovered that she had magic in her hands and in no time she took to the kitchen like a duck takes to water.

Suman recounted to us a story that her grandmother recited to her that as per Hindu Mythology its believed that if the child is born in the month of Bhaado/Saawan (Rainy season), any dish touched by him/her wouldn’t spoil easily. Therefore Suman at the tender age of just 4 was asked to put all the ingredients in the preparation of Array of Achaars (Pickles) at her home. So, maybe it is the fortuitous circumstances of her birth that explains her wizardry in the kitchen.

Suman’s forte is authentic Himachali cuisine and when we met her in January of 2016, a huge repertoire was on display - Mukundvadi, Khatti Daal, Rice, Cheela, Chutneys and an array of Achaars (pickle), including her signature onion achaar. This is the first time we had sampled this cuisine and never will we confuse it with Punjabi or Kashmiri flavors, such was the distinctiveness of the texture and flavor of the dishes. The sweet touch in the meal was provided by Kheer in Kulhad. One would say Kheer is a Kheer is a Kheer, but not the one that Suman served us – pretty as a Himachali landscape and rustic in the same way as the weathered faces of the locals living in distant valleys. There was a certain story in the meal that we had and the conversation that surrounded it that calmed our urban stress filled minds.

Suman’s love for food permeates her entire life. Not only does she like to cook for her friends and family, she has also been running a home catering service for more than a decade, with a loyal fan base continuously flocking to her for the authentic delicacies. Her family recounted her propensity to feed people extends to relatives transiting through Delhi, who get full meals delivered to them at the railway station – irrespective of whether it is 5 or 50 people for the meal.

Suman believes that food made with love is food that tastes the best. Her passion for cooking is relentless which is what drives her to always come up with delicious new recipes and fusion dishes! She is a one-woman army and doesn’t ask for help. She is perfectly content sitting on her cooking couch for 7-8 hours at a stretch for prepping the meals.

Other than her personal involvement, Suman also pays a lot of attention to keeping her food healthy – all her food is preservative free and all masalas made at home to ensure purity of ingredients.

The connect between Suman and food is almost divine – she believes that her spiritual mentor, her Guru Maa has blessed her with magical hands and that it is her mission to cook till her last breath. She single handedly cooks for almost 800 people at Satsangs (prayer meetings) with minimal help just to peel the vegetables. Every year on Daughters birthday makes Khichdi for 200 people

Suman’s fame is now spreading beyond the shores of India. Recently a person from Germany ate half a kilo of Matthi with different kinds of Achaars and took back huge quantities for an Indian restaurant that he is opening in Germany. It does help that Suman makes 55+ varieties of pickle!

It fills your heart with so much joy when you meet such warm people. We promised her we will be back for more magic. We walked away clutching out two little jars of pickles as a memento of a great meal and a promise of much more to come.

Food in the times of COVID (list of home chefs ...

Top 6 Home Chefs to order from in Delhi